The Value of Company Culture

“For individuals, character is destiny

The deciding factor between a companies’ success or failure is not market conditions in itself but how companies respond to those conditions and even create such conditions themselves. Business failures in the banking sector have sparked debate about the ‘culture of greed’ and other perceived perverse aspects of the banking culture. Similar comments have been made about unethical behaviours from larger corporates like Enron, Ahold, Imtech and many more. These have been well documented and the red thread here is that these organizational cultures are all defined by an uncontrollable drive for financial results. Becoming the biggest (not necessarily the best) led them to spin out of control. Many corporates have called for cultural change programs as a response to manage such risks as well as to satisfy their stakeholders but there is no such thing as a quick fix here, nor is culture a selection menu from which one can pick and choose a random set of values.

Culture is like the DNA of a company, just like an individual has a unique born-in character. Can one train a person’s character? To a certain extent one can build character for sure, But an introvert will not be a happy extravert and vice versa. What has made a company successful in the first place is not what people generally are willing to let go of. These ways of working and thinking are their survival tools: ‘this is how we do things around here’. ‘It’s how we catch the fish.’ Taking away the angle and the prospect of fish and people will become anxious and change resistant. In cultural change programs one needs to understand the key drivers of an organization which is essentially an organism of people. People can adapt their behaviors but they cannot change who they really are. 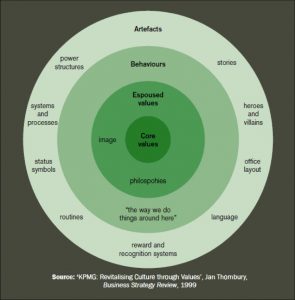 A company’s story, its heritage is what defines it and needs to be cherished. Its morals and its drivers can be made explicit in core values and preferred behaviors. Having a strong company culture greatly helps to engage employees and to integrate new hires but also employees with varying cultural backgrounds.

The benefits of a strong company culture

Ideally, employees have to have a cultural fit with the company. The American online sales company Zappos even provides for an exit bonus for employees who want to leave the company in the first two months: ‘If you feel you do nit fit in? We are happy to see you leave..!’

Other companies with strong cultures make sure the employee will fit in by tailored assessments and personality tests. This is quite obvious in meeting with the company staff who share certain traits and characteristics that are specific to that particular company. 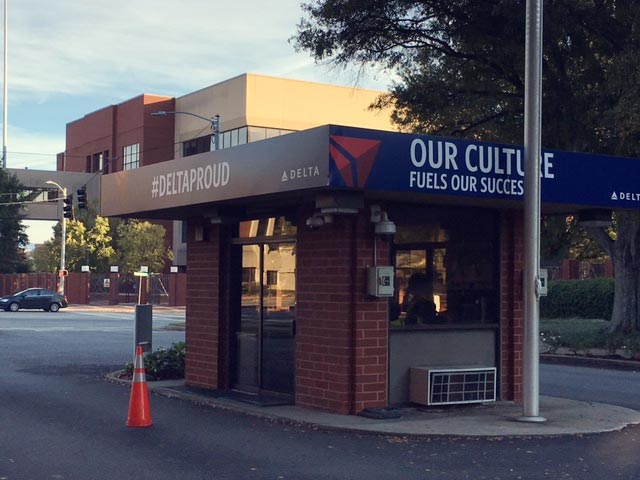 Still, even in strong company cultures one can detect significant local differences between branches of international companies. These local varieties do not necessarily correspond with the established corporate culture. E.g. having open en transparent communication or empowerment as key values do not make them understood, let alone carried forward, in countries like Russia or Japan. In such cases, it helps to translate the key values into the local culture in such a way that people understand them and act upon them.

The risk of a strong company culture

One of the biggest pitfalls of having a strong company culture is that it can be exclusive, as opposed to an inclusive culture that allows for diversity. Such companies keep recruiting the same types of people and run the risk of developing a strong bias in their ways of working and consequently, a huge blind spot for missing elements. As long as the company is growing successfully, nobody will question the drivers that keep the company going forward. But once the company is running into trouble, chances are it will be too late to turn it around.

In conclusion, a strong company culture is a key asset as well as a liability. It all comes down to how consciously and strategically one is working with the company culture. 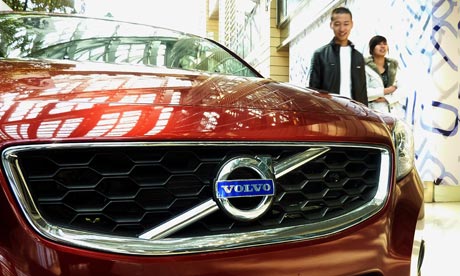 Volvo is too Swedish for China

Best Management Practices in China – the case of Fokker Elmo